!!! Due to reconstruction work and renovation of the visitor infrastructure Medvedgrad is closed for visitors.

On the southern slope of Medvednica, at the top of the hill Mali Plazur, nests a picturesque medieval castle which has been watching over Zagreb for eight centuries.

It was built in 1254, after the catastrophic invasion of Tatars who had raided and devastated this area, burning and razing to the ground the two settlements which later became the city of Zagreb: the burgher’s Gradec and the bishop’s Kaptol. Although built in order to protect the burghers, the bishop and the ecclesiastical treasure, castle Medvedgrad commanded such a perfect strategic site that it was perpetually in the centre of proprietary and political turmoil. In its history it changed many lords, who won or lost it through marriage, purchase and sale, intrigue or even plotting. Even though magnificently fortified and always ready for battle, Medvedgrad was never attacked. On the contrary, the lords of Medvedgrad often filled their coffers and storehouses by plundering neighboring villages, and sometimes even, either by political or armed force, reached after Zagreb itself. The most notorious of them were the counts of Celje, who in the mid-15th century terrorized the town to such extent that many townspeople of Gradec had to flee from their homes. Even today the scary stories about the countess Barbara of Celje – the ill famed Black Queen – circulate about the villages at the foot of the mountain.

Medvedgrad was abandoned in 1590, after the fortress was devastated by a terrible earthquake, and its last lords moved to their much more modern and comfortable manor in Šestine.

Since then the castle at the top of the hill has been left to decay. It was visited only by adventurers and treasure hunters, searching for the treasure which, according to lore, was hidden there by the Black Queen.

The systematic archaeological research had started only in 1979, and since then the walls have been conserved and some parts of this best preserved Croatian medieval castle have been reconstructed. Thus from the ruins emerged again the octagonal chapel of St. Philip and Jacob, the south defensive tower, the residential palace and some other parts of the ancient fortress.

In 1994 a monument named the Homeland Altar, work of sculptor Kuzma Kovačić, was erected under the southern tower, burning an eternal flame in the honor of all Croatian heroes.

Nowdays the visitors of Medvedgrad can explore this ancient castle on their own or with a guide, and elucidate the “dark” Middle Ages. They can find a souvenir of their visit in our little souvenir shop in the Great Palace.

In the near future the construction of a visitor centre is being planned, which will bring a new life to this picturesque medieval castle on the mountain.

As by miracle, sleepy Medvedgrad comes to life on the last weekend in September, when its walls get occupied by the Black Queen and her retinue, noble knights and foolish court jesters, amidst the medieval fair. Visitors can enjoy a tournament, and try their hand in knightly battle skills, mint their own silver coin, try food and drink prepared after medieval recipes, listen to the medieval music, meet witches of Medvednica, and even try the original medieval instruments of torture. We are inviting you to spend the last weekend in September with us at Medvedgrad and join us on a journey to the far Middle Ages!

In the month of July, when the asphalt in Zagreb melts with heat, and people look for a breath of freshness, Medvedgrad offers refreshing mountain concerts, completed with the unique Medvedgrad atmosphere and the beautiful view of the lights of Zagreb and the starry sky! 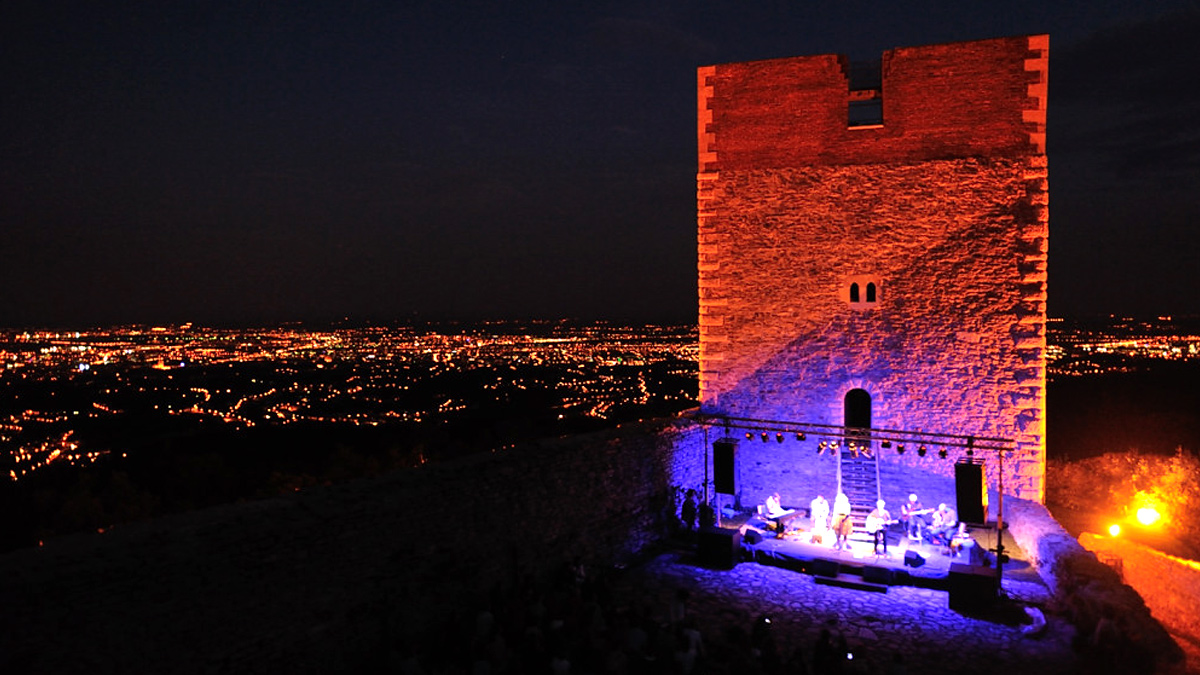 The gates of Medvedgrad open one hour before the concert, so that visitors can stroll among the ancient walls, have a peek into their secret corners and listen to their stories soaked in history. There are wooden benches, pillows, steps and walls for seating, and you can bring along your own pillow, blanket or fishing stool and enjoy the music with the view of Zagreb by night. Besides positive energy and comfortable shoes, don’t forget to bring along a sweater or a jacket, because the nights on Medvednica may be fresh even in summer!

NOTE: Larger group visits should be announced to the Public Institution Nature Park Medvednica. The announcement can be made by phone or e-mail. Please check the visiting hours in the “News” section, since they are subject to change due to seasonal works. 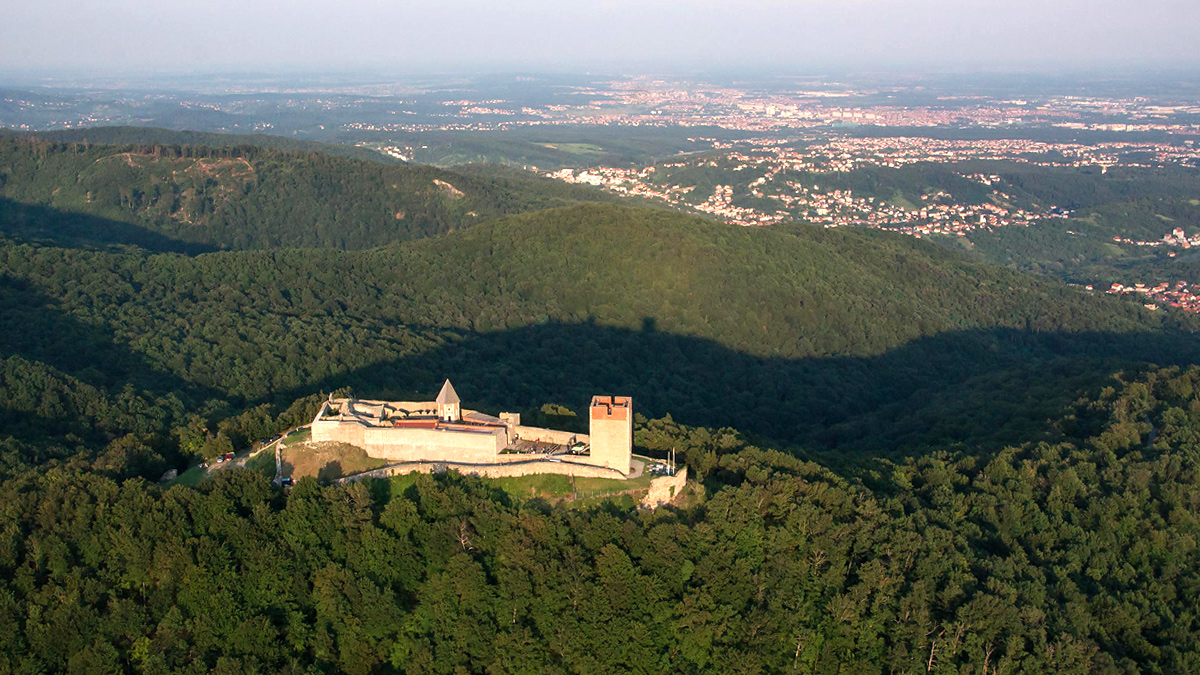